Trump Officials: We Were Never Informed of Such Balloons

Sen. Booker: Some Legislation on Police Reform Is Possible

John Bolton to Newsmax: I'm No 'One-Issue' Candidate for '24 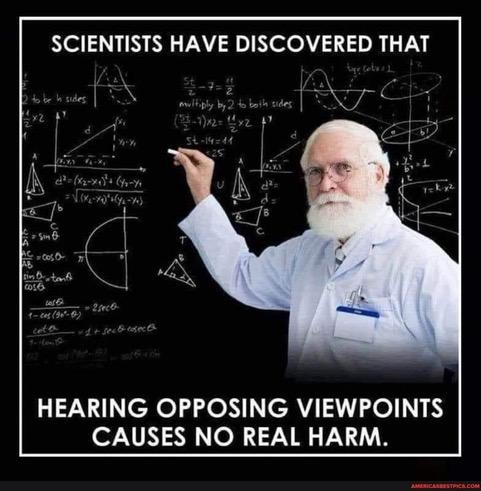 When you get to the end of your rope, tie a knot in it and hang on.

“The first panacea of a mismanaged nation is inflation of the currency; the second is war. Both bring a temporary prosperity; both bring a permeant ruin. But both are the refuge of political and economic opportunists.”

The 12/13/22 hearing on Gun Owner’s of America’s suit against Measure 114 in Harney County keeps all aspects of the measure from going into effect, for now.

The Judge ruled that the non-existent “permit to purchase” scheme cannot be enforced because it’s essentially vaporware, even though the Oregon State Police have an “application” online and the Oregon Sheriff’s Association is offering an “online” class to get a permit for $60.00.

However, neither the application nor the class mean anything since there is still no way to complete the live fire mandates of the measure. Oregonians remain in limbo unable to take possession of firearms they have paid for and the Oregon State Police can still not answer questions about what happens next.

The magazine ban, in the measure, is also still on hold, but the Judge did note that he expects to have a decision about that by Friday the 16th.

The State’s star witness had to admit that the framers of the Oregon Constitution, in effect in 1859, were aware of firearms which had a capacity of over ten rounds, but made no mention of it.  The state argued that modern arms, not available in 1859, could not be considered under the SCOTUS Bruen decision.  This, however, is in direct conflict with the basis of Bruen.

Aside from the Harney County court action, there are also four federal suits continuing.

The original study going back to 1966 found an average of 2.3 deaths per month in athletes under 35 years old worldwide. However, we started to see a deeply concerning phenomena in 2021 — the year the shots became available. Below I’ll list how many under-35 athletes died each month of 2021:

Something is severely wrong worldwide!

It is important to note that the above numbers in December ONLY include deaths that were reported in the news media. As these deaths become more common, it is more likely that reporters will ignore them because, sadly, such deaths are expected even more now.

By cutting out the voters the totalitarian governor and legislature are making Oregonians kneel or else.

We are experiencing a…

CRT, the Marxist ideology that has taken over American classrooms.  A grade school teacher in Springfield was dismissed for questioning the new agenda…

The Oregon State Senate brought out the fact it is not really divided by so-called political parties: the Democratic Party of Oregon or Oregon Republican Party.  While voters for the most part will only elect a Democrat or Republican, the fact…

Greedy legislators in the super majority-controlled state house plan to take as many taxpayer dollars as possible, in part by …