Fauci: US Still in the Midst of the COVID-19 Pandemic

'Pregnancy Is Not an Illness': Pro-Life Groups Sue Biden FDA over Abortion Pill

'This is Christ-mas': Tim Allen Says New The Santa Clauses Series Will Highlight Religion in Christmas

By cutting out the voters the totalitarian governor and legislature are making Oregonians kneel or else.

We are experiencing a…

CRT, the Marxist ideology that has taken over American classrooms.  A grade school teacher in Springfield was dismissed for questioning the new agenda…

The Oregon State Senate brought out the fact it is not really divided by so-called political parties: the Democratic Party of Oregon or Oregon Republican Party.  While voters for the most part will only elect a Democrat or Republican, the fact…

Greedy legislators in the super majority-controlled state house plan to take as many taxpayer dollars as possible, in part by …

Oregon No longer a Republic

A Republic has representatives responsible for government at the behest and benefit of the governed.  As tyrants look only to themselves for direction, the public no longer has representation therefore no…

Ever on the quest for more government control, Senate Democrats rammed through legislation that promises …

The Oregon Senate Republicans are …

Power to the Virus Queen

Wuhan cases in Oregon have dropped. There is NO reason for Gov. Kate Brown to continue to extend her …

The people that shut down your businesses and killed your jobs are now asking you to re-elect them so that they can keep their jobs. 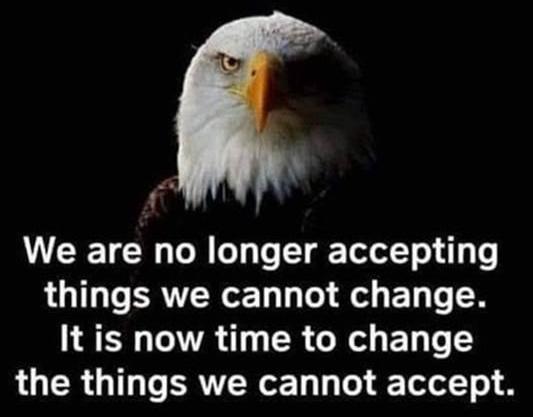 “The first panacea of a mismanaged nation is inflation of the currency; the second is war. Both bring a temporary prosperity; both bring a permeant ruin. But both are the refuge of political and economic opportunists.”

Are your children being indoctrinated into Islam? 2 Replies

by Phyllis Schlafly April 4, 2012Political Correctness has a double standard when it comes to teaching about religion in public schools. Drop Christianity down the Memory Hole, but give extensive and mostly favorable coverage to Islam.Even the…Continue

Here is another example of governance through bureaucratic regulation.  There is no tax payer representation involved.The Environmental Protection Agency and the Army Corps of Engineers’…Continue

Started by BlueCat in Environmentalism Aug 20, 2015.

Watched Rabbi Lapin last night.  He talked about the need for cities in an advanced society and a theory of why they tend to become liberal and socialist. To simplify his simplification, city people are isolated and lack independence. Country folks…Continue

Tags: Race, curriculum, to, the, Top

Our other sites on the web

Oregon No longer a Republic

A Republic has representatives responsible for government at the behest and benefit of the…See More
Jun 12, 2021
0 Comments